Lake Oahe is known as a great summer fishing destination but I believe the fishing is even better during the ice season.

Walleye
Many walleyes over 10 pounds get caught every season and lately its really been kicking out some mega giants up towards that 15lb area. I believe this area of Oahe provides the best chance at the new state record.

Northern Pike
The pike fishing provides some of the best trophy pike opportunities in the country and many pike in the 15-25lb range get iced every season with several pushing that magical 30lb mark and even bigger. The Pollock and Mobridge areas provide unique opportunities including high catch rates and trophy quality fish. Being an extremely underfished area on Lake Oahe, many days we don’t see other anglers on the ice! 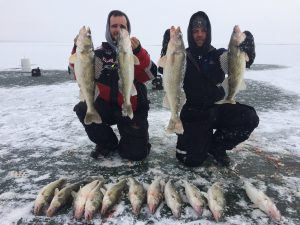 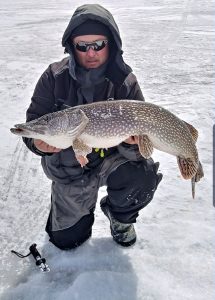 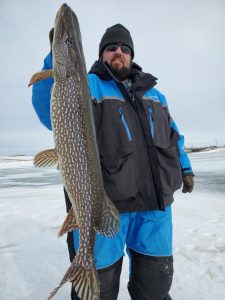 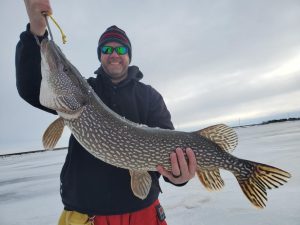 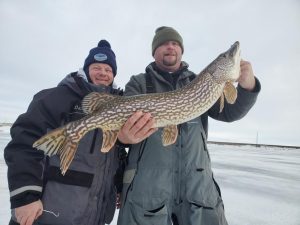 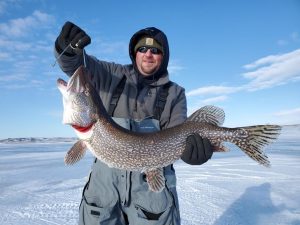 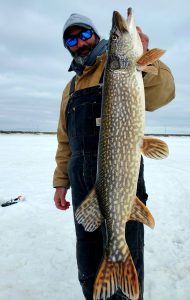 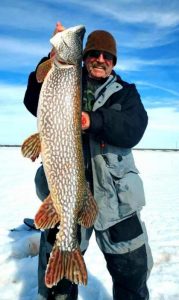 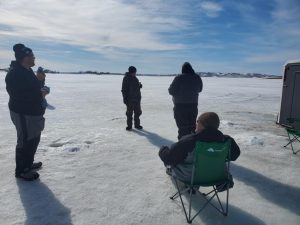 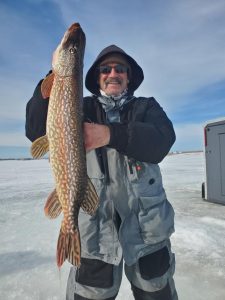 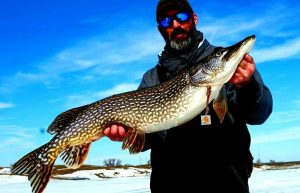 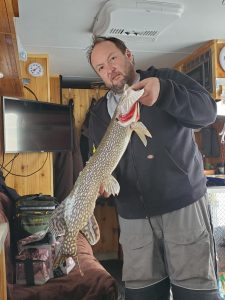 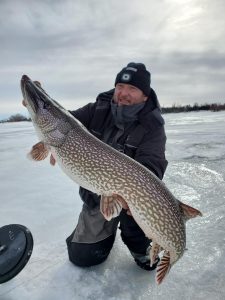 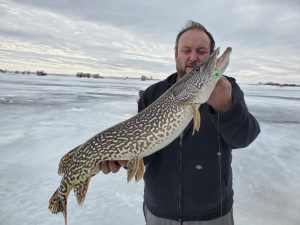 Please check the availability of our guide services and cabin lodging to book your trip to beautiful Lake Oahe. Whether you are looking for the ultimate fishing experience or just need to get away for a few days, we are ready to help you have a great time. All services are available separately or can be booked in combination with each other.